There's a different feel and pace to Bayswater from Notting Hill – it's influenced by sights and smells from all over the world; some quite grand, others quite modest in their pretensions. In the past this area was overlooked or bypassed (people preferred to distance themselves from, for example, in the age of steam trains, the smoky environment around Paddington Station). Now, with its communication links, and with the West End, Knightsbridge, Hyde Park and Kensington Gardens on its doorstep to name just a few of its attractions, the village is rapidly making up for lost time. 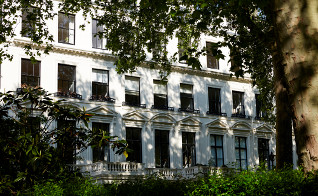 Bayswater was populated by wealthy Londoners moving West from the City and the East End, taking its name from a well in Hyde Park, Bayard's Water, now the more stately fountains opposite Lancaster Gate tube. The area was more formally developed in the nineteenth century with grand stucco houses in crescents and squares. A fine example of this is Cleveland Square with its cream stuccoed buildings, large ratio of window to brick with black painted window frames and doors giving it a uniform grandeur (the square's 5th November bonfire night celebration is made very special by its setting). This village not only has Hyde Park on its doorstep but some of the squares have their own beautiful squares for their residents' enjoyment, Gloucester and Clevedon Squares being fine examples. 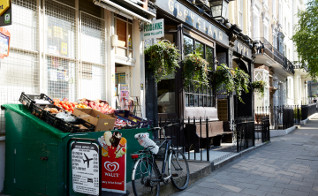 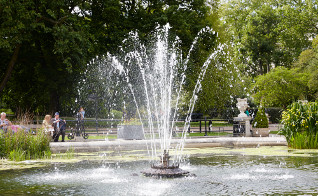 There was a significant extent of war-time bomb damage especially in the eastern section of Bayswater, now replaced with utilitarian council apartment blocks. There is a great diversity here, quiet muses, pockets of civilisation behind the cluttered commercial thoroughfares; it's just a question of knowing where to look and the reward, once discovered is the amalgam of cultures, Greek Orthodox, Spanish Catholic missions, middle-Eastern and Arab in a thriving hub, residents alongside the tourists; immigrants alongside the natives. It's a very English harmony.

Commercialisation strongly influences Queensway; ice skating (featured on Dancing on Ice), cinemas, a cacophony of restaurants, Thai, Chinese (lobster noodles at Queensway's Mandarin Kitchen a must-have), Indian, Lebanese, Japanese – all of these jostling for position with the tourist souvenir shops, the bowling alley and that grand old dame of retail, Whiteleys, recently refurbished and a shopping hub once again, with its cinemas and home to dining well in great light and high ceilinged splendour: Rowley Leigh's Le Café Anglais. 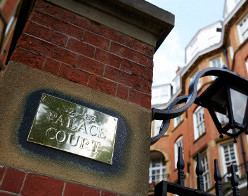 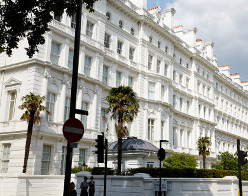 And what a contrast that is to the Southern end of the area, overlooking Hyde Park. Here there are imposing, tall, blocks of apartments, balconies capturing every inch of visibility over the green acres of lawn, the spire of Westminster and Knightsbridge in the distance, even the dome of the Royal Albert Hall. Some of the recent developments along this frontage, the Lancasters being the prime example, have captured very high prices and this too is influencing property values immediately behind in the stucco-fronted buildings fringing the shaded, tree-filled garden squares there.

Bayswater's southern boundary runs to Hyde Park and Kensington Gardens, across to Ossington Street (and care needs to be taken with parking, this is the boundary between RBK&C and Westminster) and over to Gloucester Terrace.

There are tourists rich and modest, there are investors who buy and let and there are residents – some wanting the pied à terre, others the grand apartment, even an entire house, mews or mansion. It’s an eclectic (yes, there's that word so beloved of estate agents but this time used in proper context) mix of life and lifestyle. And its popularity is bound to endure, if not increase in light of the coming improvements to communications infrastructure – Crossrail at Paddington to whisk you to Bond Street, Canary Wharf or Heathrow and, at the other end of the speed scale, by canal boat along the Paddington Basin.

To view current properties for sale in Bayswater click here.