Let's not beat about the bush. Portobello, the road, can be a tad scruffy. But that’s its charm, its personality, character and raison d'etre. It simply would not look or feel right to have genteel sophistication alongside the bohemian chaos of a market stall selling antiques, fruit and veg, and bric-a-brac. Yet, behind those facades, there is still a steely Notting Hill elegance but it's quite a contrast to the vivacity and vitality of the public realm, along the Portobello Road, thronging with buyers and sellers. 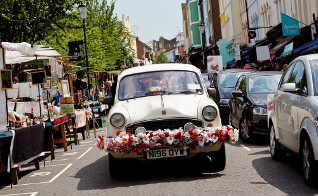 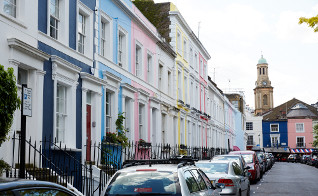 So called after Puerto Bellos, a town formerly under Spanish rule captured by the British during the War of Jenkins' Ear by Admiral Edward Vernon, in 1740 it was renamed Porto Bello Lane with the liberator commemorated by the naming of Vernon's Yard. 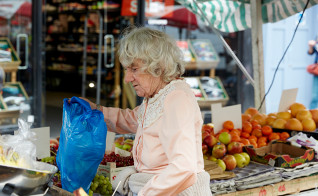 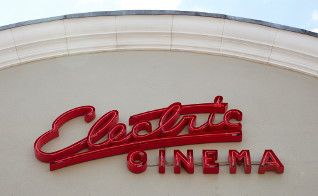 The Portobello villagers live alongside the market, its visitors and the bustle. They have their fine dining in E&O and favourite hang-outs too in its natural centre, the junction of Elgin and Kensington Park Roads, with the Village Grocer, the old favourite Mr Christians' deli, the new arrival of the Provenance the butcher and the Electric, developed from one of the oldest purpose-built cinemas in the country, originally opened in 1911 it is now Soho House's West London HQ, with its bar, restaurants (private members' and public) and luxurious cinema. 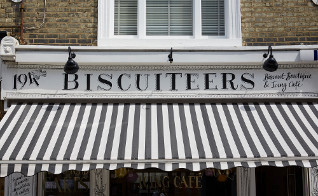 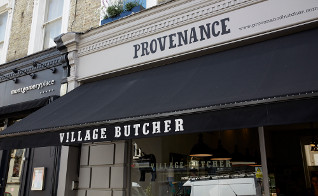 A road packed with interest from start to finish, extending further than many think, from close to Notting Hill Gate, north up to Golborne Road, with markets in different forms and, depending on the day of the week, running almost its length. The village's western boundary is formed by Ladbroke Grove, commences north of Elgin Crescent up to the Westway, this village, some say, holds the character of true, vibrant Notting Hill more than any other.

The village is made up largely of Victorian terraced houses and mews, apartments and neat houses and populated in the majority by the young enjoying the vibrant community and life of the area. Property is hotly contested here, locals seeking to trade up to increase by a bedroom without leaving the village find it difficult, though this could be applied almost across the board. 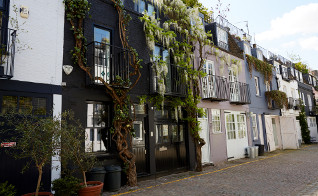 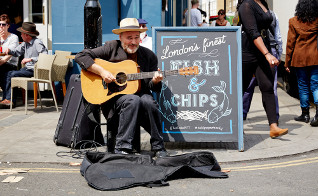 To view current properties for sale in Portobello click here.